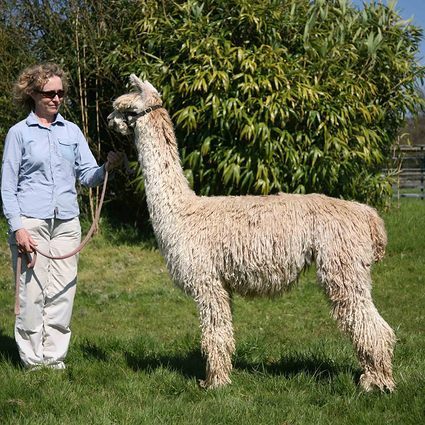 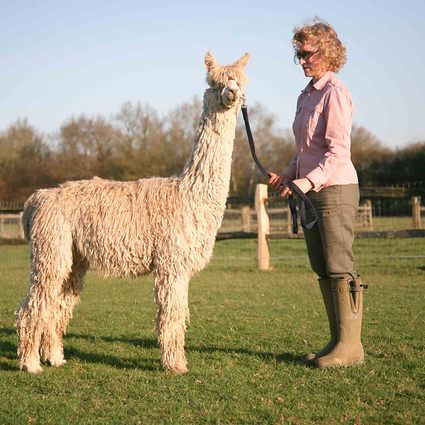 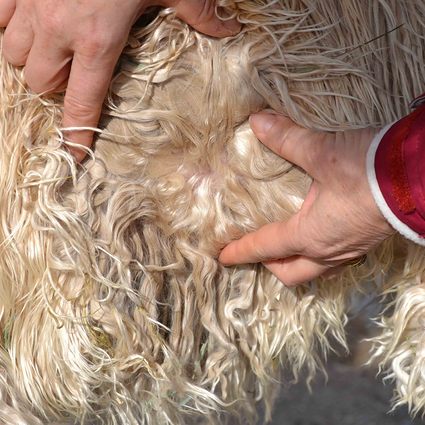 Victor’s sire is Sniper, a true black Macgyver son. Sniper is the most decorated coloured suri alpaca ever in the USA to date. When we first looked at him he was quite a young cria. Our first impression was knockout lustre, he was showing density and he was very, very fine. We did not look at him again until he arrived in the UK and he was in his second fleece. We were delighted that he was showing the fabulous structure that we are all looking for in our suri fleeces, and he had maintained a good level of fineness and that fabulous lustre that originally drew us to him. Victor did not work in 2013 because of his age, however we know he will be keen this year so we should have cria on the ground in 2015 and his offspring will be shown in 2016.  He has in his pedigree Bruxo, Macgyver, Ramases, Uribe and Accoyo Gold. His dam PSR Peruvian Persnickety  has produced a number of champions and has been a fantastic producer for her US owners.

His fleece stats are from his second fleece taken in May in 2013 and he is holding his original fineness well.