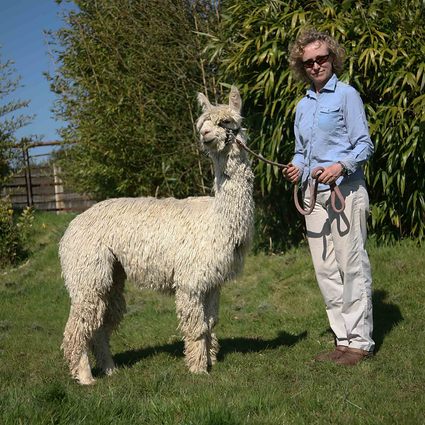 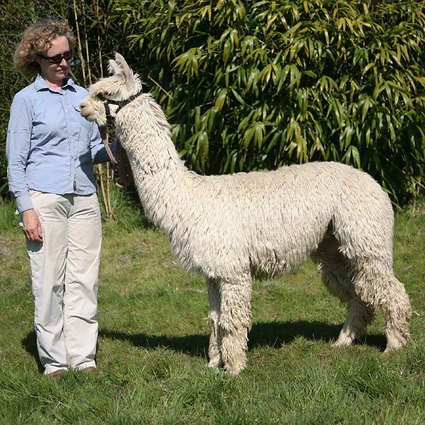 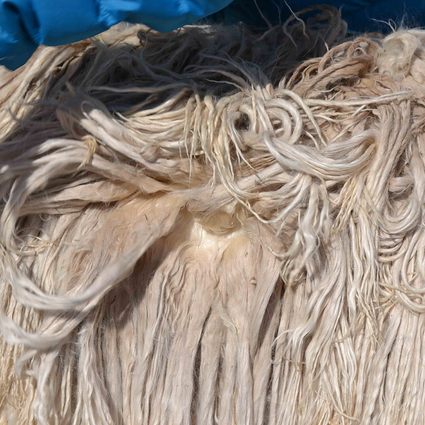 When we first saw this male at just over a year old, he was still in his first fleece – which was hugely dense and uniformly locked on this tremendously well built young male. He has a highly lustrous fleece that organised itself into locks once again very quickly after shearing. His first fleece was so dense that his locks were almost flat close to the skin.

Amadeus is a full Accoyo and his sire, LCA Accoyo Rico, has both Inca and Bruxo in his pedigree. On his dam, Snowbelle’s side, she has Uribe, Apache II and Bruxo again. Leslie Loveless (his breeder and former owner of Macgyver) really rated LCA Accoyo Rico and she paid $6000 at auction for his mating as he was closed for outside matings at the time.

His fleece stats are from his second fleece taken in May 2013 and he is holding his original fineness well together with an excellent handle to his fleece.

Amadeus is not currently open for outside breedings as we have taken the decision to prove him first. His first few cria will be on the ground in late 2014 with many more in 2015. If you think you may have an interest in Amadeus in the future please contact us for details.