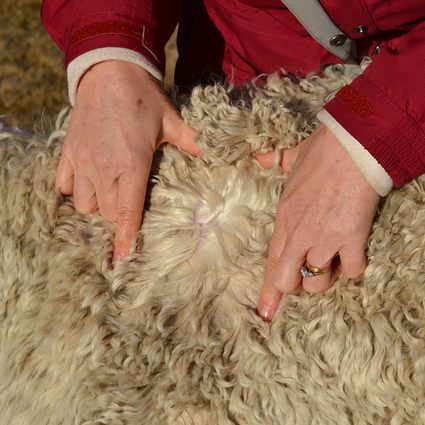 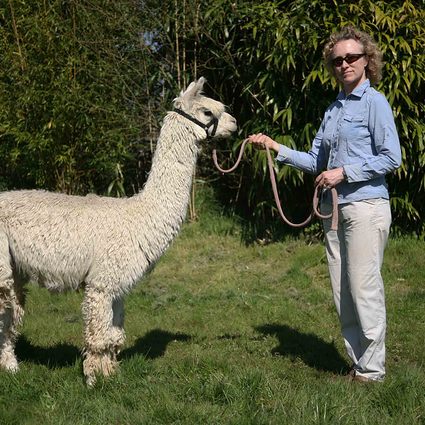 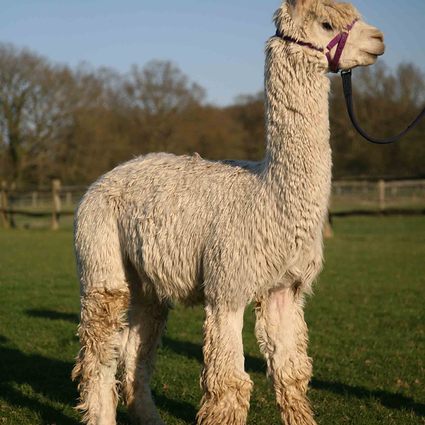 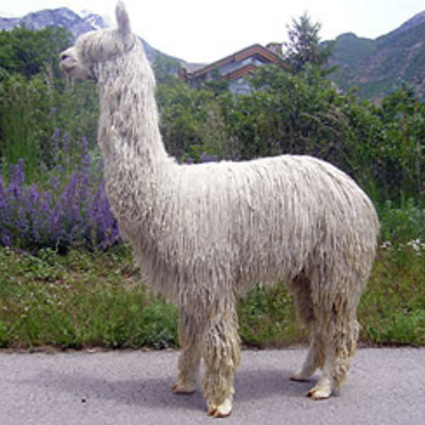 Alfonzo is a multi award winning white suri male born in September 2007. We purchased him from Alpine Suri Alpacas who also own his sire: Torbio's Maserati. Alfonzo's grand sire – Torbio – was one of the eight males in the 2P Accoyo Peruvian import of 1994. This import from Don Julio Barreda's Accoyo herd included many of the most famous names in suri genetics. To put a smile on your face and give you a better feel for this incredible import from Accoyo (including the world famous Torbio himself), we suggest you watch the following: https://www.youtube.com/watch?v=Y9cHFELKzhs

Alfonzo's sire, dam and grand dam (Peruvian Capellini) are outstanding suris which we can vouch for having seen them in person in the USA. Torbio's Maserati, Alfonzo's sire, is a multiple champion in both halter and fleece shows. Coming from a very small herd, in his first year as a stud male, Torbio's Maserati produced four colour champions, including Alfonzo who took judges choice at the 2009 AOBA National Conference in a show of 800 suris!!

Alfonzo has tremendous presence, great substance of bone and is well balanced in his conformation. In terms of his fleece, he has extreme lustre with a wonderful handle. He has dense, well defined and uniform locks throughout his entire body, legs and neck. Please note, Alfonzo is wholly owned by Springfarm Alpacas.

Since arriving in the UK, we now have crias on the ground from Alfonzo. At the 2015 Heart of England Fleece Show (the biggest in Europe), we entered two of Alfonzo's crias fleeces and, unbeknown to us, Roger and Elaine Clarke of Amberly Alpacas entered another of Alfonzo's crias fleece's (out of Springfarm Mercedes). We would just add that Lightning was Supreme Champion at the 2015 Northern Ireland Alpaca Show.

Obelix then went on to take Champion Suri Fawn Fleece

Lightning then went on to take Champion White Suri Fleece.