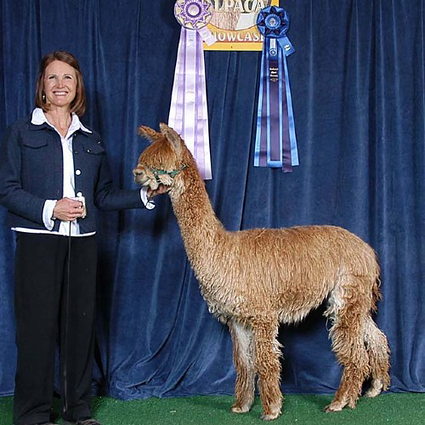 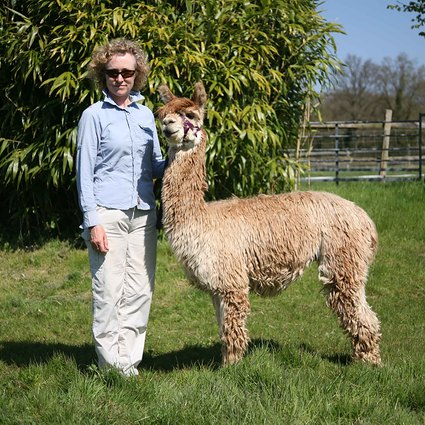 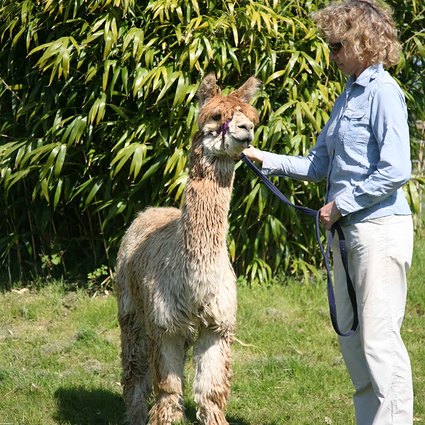 First of all, Aslan is a fawn Macgyver son – this alone should be enough to stir your interest! As such, he was retained by his breeder rather than being sold – since most of Macgyver’s offspring were darker than himself. Also, being a fawn champion, Leslie Loveless (his breeder) was keen to keep hold of him. More so, on his dam Sonata’s side (a multi level five champion in her own right) you have Macgyver’s brother Helios. Helios and Macgyver in their day spent time swapping colour championships between them. With this ancestry he obviously has Bruxo on both sides but he also has Ganador and Uribe on his dam’s side. He has quite a few cria hitting the ground in 2014 so to say we can’t wait is an understatement.

Aslan was born in June 2005 so we imported him as an eight year old. For the Suri breeders among you, you will realise that just getting him through UK screening was quite an achievement for a suri of his age.

His fleece stats were taken in May 2013.

Aslan is not currently open for outside breeding as we have taken the decision to prove him in the UK first. His first cria will be on the ground this year with many more in 2015. If you think you may have an interest in Aslan we are prepared to consider opening him to limited outside breedings later in 2014, please contact us for details.