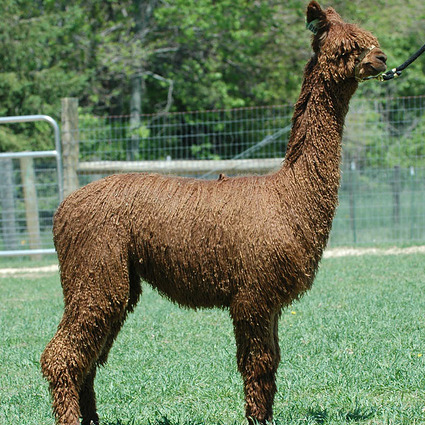 Rapper as a junior in the US 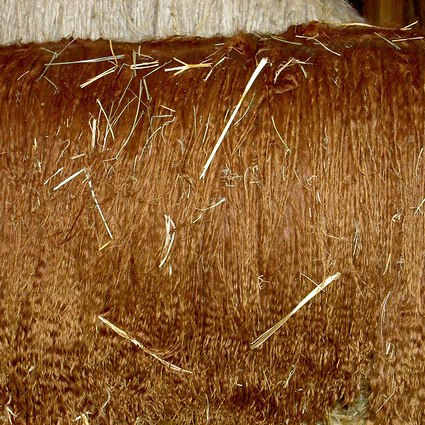 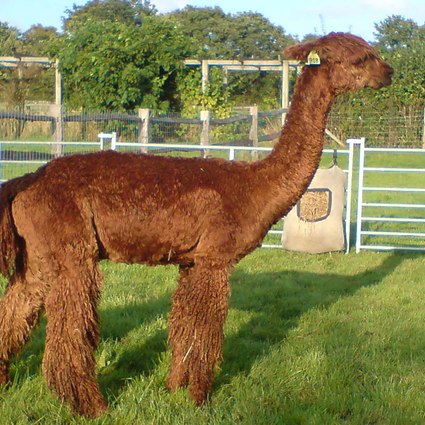 Rapper in the UK as an adult

Wow! Rapper is an extremely striking and phenotypically correct suri. His lustre stands out even on a dull day and is very evident on opening his fleece. His exceptional lock structure together with this lustre was what made him stand out while being selected, but the density and handle to his fleece are also very impressive. His sire (Moon River’s Peruvian Durango) was sought by experienced and successful suri breeders – Pucara Alpacas of America.

Prior to being imported, Rapper was shown at the 2007 AOBA National Show. He was 1st in his class and took the Brown Suri Male Championship out of a total entry of 69 brown male suris!

Rapper is consistently producing show winning cria and at the 2013 Futurity, nine of Rapper’s cria were entered and placed as follows: 1,1,1,1,2,2,3,4,5 plus 2 Reserve Championships. Following on from the Futurity, Rapper crias took 2 Championships and 1 Reserve Champion at the South of England 2013 (plus 2nd in the Sire’s progeny) and then Springfarm Marie Antoinette – another Rapper cria – took Suri Supreme Champion at the Romsey Show 2013, judged by Nick Harrington-Smith. An amazing result for a coloured suri! Contact us at Spring Farm for further details and availability.